Launching Plus, A Tessian LGBTQ+ Network

Across continents, the Tessian community is formed of diverse and intersectional people collectively working to secure the Human Layer. But, this month we’re proud to honor the contributions of LGBTQ+ Tessians and the importance of freedom of sexual orientation and gender expression in the workplace.

With Human First as a core value at Tessian, we approach everything with empathy and we look out for each other alongside our own wellbeing. Respect, kindness, and inclusion are at the core of our company because our humanity is what makes us who we are.

That’s why we’re launching Tessian Plus. And, we’re thrilled that within one month of launching the initiative, the group already holds more than 10% of the company — a significant minority and higher than the expected average.

Plus is formed around a core mission to:

Plus is an employee-led LGBTQ+ resource group for anybody identifying as LGBTQ+. The group operates as a “safe space” for all Tessian LGBTQ+ employees to network, socialize, and share experiences behind closed doors.

With Plus, we’re proud to create a private community for employees to express their sexual orientation and gender identity. And, by building from the ground-up, we will form a vocal committee of LGBTQ+ employees who can advise Tessian’s leadership on policies+, diversity initiatives, and how to operate as a point of contact for employees experiencing homophobic, biphobic, or transphobic bullying and harassment.

It’s important that these channels are private. Why? Because even though we enjoy a culture of general acceptance of LGBTQ+ professionals in the workforce both in the UK and US, keeping the community private and confidential ensures it’s a safe space – especially for those individuals who aren’t as comfortable wearing their identity on their sleeve. That’s why it’s essential that we always work to preserve peoples’ right to decide when it is right for them to publicly disclose their identity. 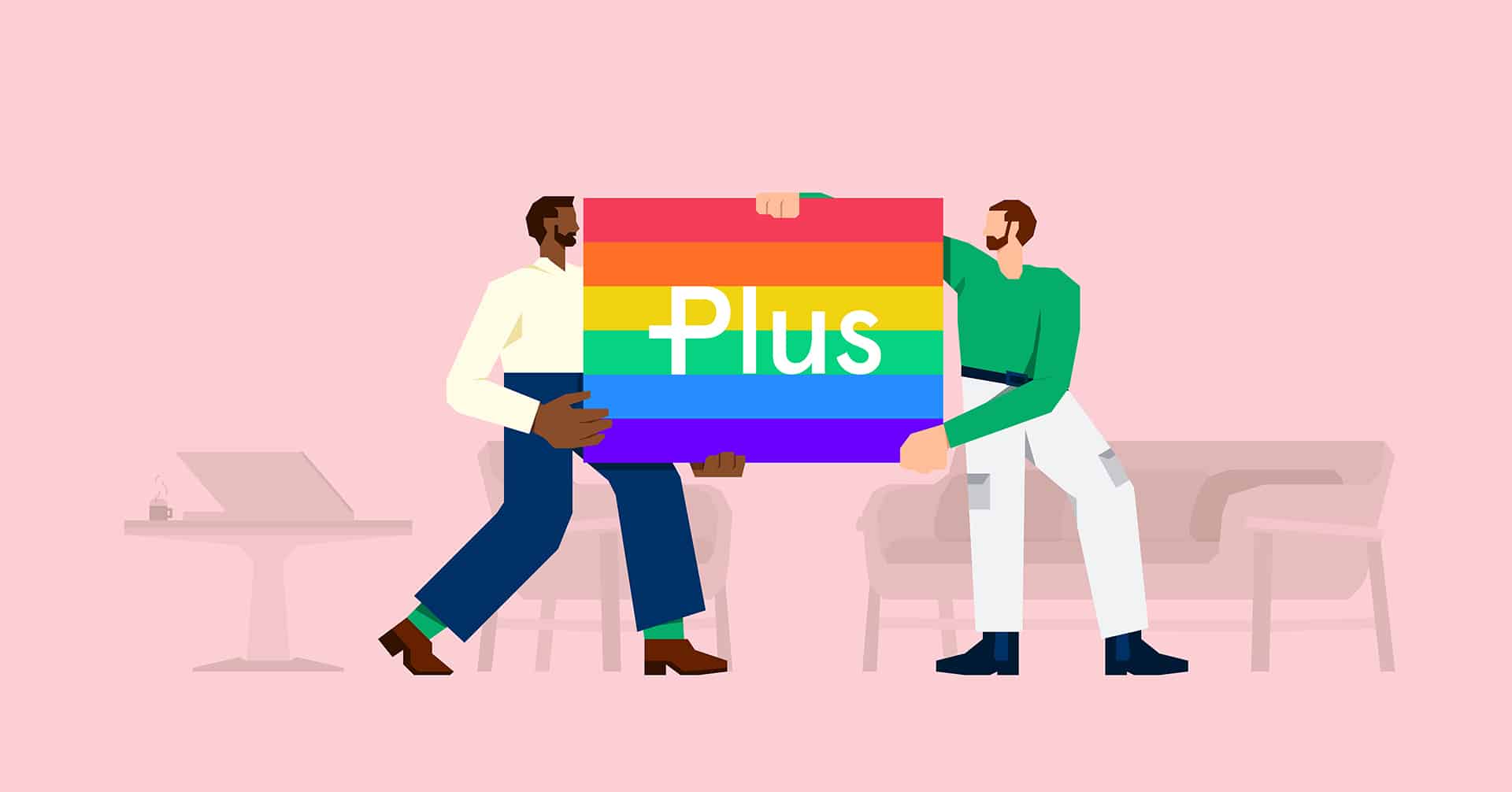 Why are we launching Plus now?

Last year marked the 50th anniversary of the New York Stonewall Riots — a pivotal event in the modern fight for LGBTQ+ rights in the US and worldwide — during which black and latinx trans women led days of riots against police in response to an unlawful police raid on The Stonewall Inn, a bar primarily serving the marginalized LGBTQ+ community in New York’s Greenwich Village.

Globally – from the UK Gay Liberation Front, to the Lavender Menace, and to Black Power groups – Stonewall was a symbol of struggle against systemic oppression. In the months that followed, and frustrated with discrimination in the justice system and public harassment from police, LGBTQ+ figures and people of color led the frontline in protests that created an intersectional movement across activist groups that exists today in the form of The Stonewall Foundation.

From the following June, in commemoration of Stonewall and for the continued fight for LGBTQ+ rights, a Christopher Street Day Parade was held to celebrate the LGBTQ+ figures and people of color who dedicated their lives to furthering the rights of humans worldwide. This has continued every year since and is why we celebrate Pride Month in June.

Though we have made huge strides towards equality for LGBTQ+ communities in the last fifty years, particularly in the UK, with same-sex marriage equality and employment equality — for true equality to be eternally ours, we must use our privilege and right to protest to continue the tradition of Pride Month.

This year, of course, is different than years before.

Our remote “new normal” has presented a challenge to the typical vehicles for LGBTQ+ visibility. Pride floats are digital, and events are canceled, leaving people isolated from their usual support networks. We must therefore work harder than ever to bring the LGBTQ+ community together, around a core mission of inclusivity and family.

So, this June – and as a proud Tessian LGBTQ+ community – we are coming together to celebrate the contributions of LGBTQ+ Tessians and support freedom of sexual orientation and gender expression worldwide and form the Plus employee resource group. We’re providing LGBTQ+ Tessians with a safe space to socialize, celebrating LGBTQ+ history, and sharing experiences within the LGBTQ+ community.