Our Journey To Revamp The Tessian Values

As a founder, I knew from Day 1 how important our values were going to be in order to build the company we dreamed of creating. So when I began to hear murmurs late last year that not everyone at Tessian was understanding what our values meant for them, I knew it was time to investigate how our people were feeling and what we might need to do to revamp our values.

To me this listening exercise was vital because our values guide everything. They aren’t aspirational words hanging on a wall that no one understands; they’re the backbone of a company.

With this in mind, we went on a month-long journey of listening to our employees, and created values which are a true reflection of Tessian today. They’re actionable, intuitive and central to everything we do, from our recruitment process through to performance and development.

You can check them out in more detail below. But before I get to our revamped values, I want to tell you more about the journey we went on to make sure they truly reflected what Tessians care about.


Why do company values matter in the first place?

Values aren’t just a corporate thing; values are crucial for both our personal and professional lives. They’re a code we live by, they define what’s important to us, and they help us make decisions day to day. Sometimes our values are so deeply ingrained, we don’t realize we’re using them every day to make choices.

At Tessian, we’ve seen our values as a North star from the beginning. They steer our decision making, serving as a code to help us make choices, especially when it’s not obvious what we should do. They help us hire the right people, individuals who care about the things we care about and can take Tessian in the right direction.  Our values also inform our performance reviews, development conversations, and how we reward, recognize and promote our people. Our values underpin our culture.

Why did we decide to revamp our values at Tessian?

We use Peakon, a tool that helps companies build and maintain engaged teams and great company cultures. It does this through employee surveys, which provide insights into how our employees feel about different things. Late last year, our Peakon data revealed a theme: our values weren’t understood by all our people.

I wanted to do something to fix this. We ask Tessians to show up every day, living and breathing these values. If there’s confusion over what they look like in practice, we’ll all be rowing in different directions. Equally, as people join the team, if there are things that are important to us that aren’t explicitly reflected in our values, we run the risk of losing or diluting those things over time.

How did we revamp our values?

We knew we needed to re-work our values. The question was: how?

The most important thing was to get input from as many people as possible from all across the business: different genders, backgrounds, functions, tenures, and levels of seniority. That was the only way we’d get the values that accurately reflect Tessian.

We started by sending out a questionnaire to the whole company to understand from a high level what was most important to us. It included questions like:

We received a high response rate, but we wanted to dig deeper. Next, we set up 1-1s with about half of the respondents to delve deeper into their answers.

All of this work meant that the whole of Tessian went on this journey together; our values were crafted from the top-down and bottom-up, so had a great chance of being “sticky”.

Having gathered so much input from across the business, we then started to reformulate our values with a clear view of what was truly important to our people.

Here’s an illustration of the words that came up the most during our journey that guided us in our reformulation. 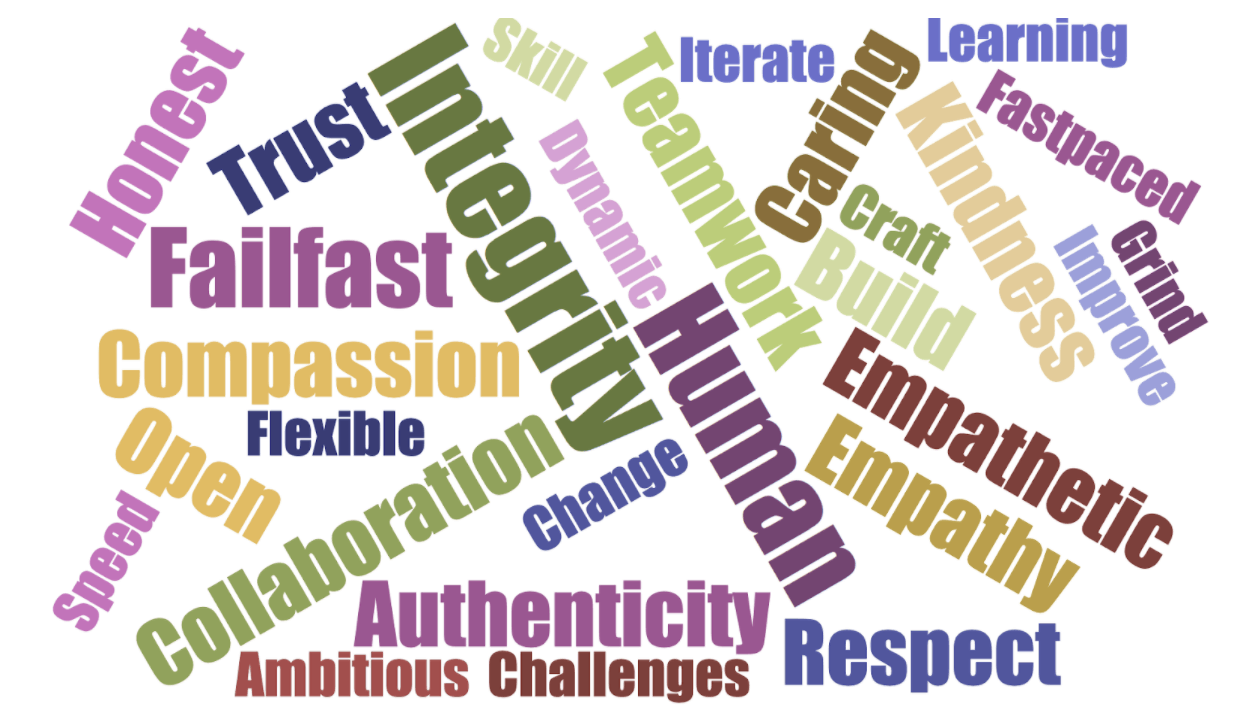 A lot of interesting things came out of the listening tour. First and foremost was the fact that there was a “gap” in our values—this became a new value called “Human First”.  This value was the most prominent finding in all of our work; time and again people said how important treating each other with kindness, respect and inclusion is at Tessian. It was so clearly part of the fabric of Tessian. It also seemed like a huge miss to not have this as we are a Human Layer Security company which believes people are the most important part of every organization. With all this in mind, we knew we had to codify it as its own value.

Here are some tips we found worked for us when writing our new values:

Without further ado, here’s the entire set of revamped values. They make me proud to be a Tessian, because I know that they reflect the real values and aspirations of all of our people. 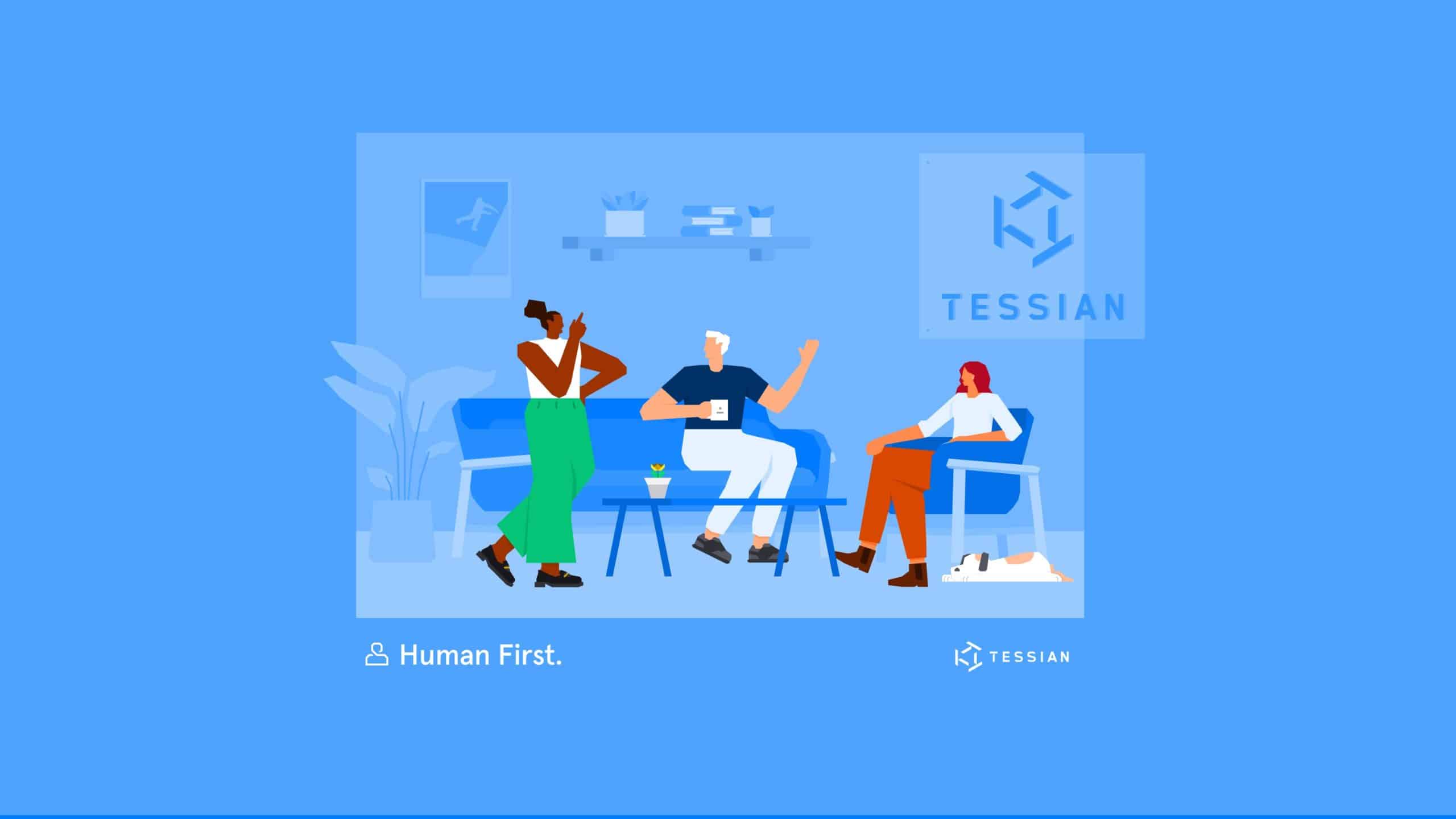 We approach everything with empathy and we look out for each other alongside our own wellbeing. Respect, kindness and inclusion are at the core of our company because our people are what make us Tessian. 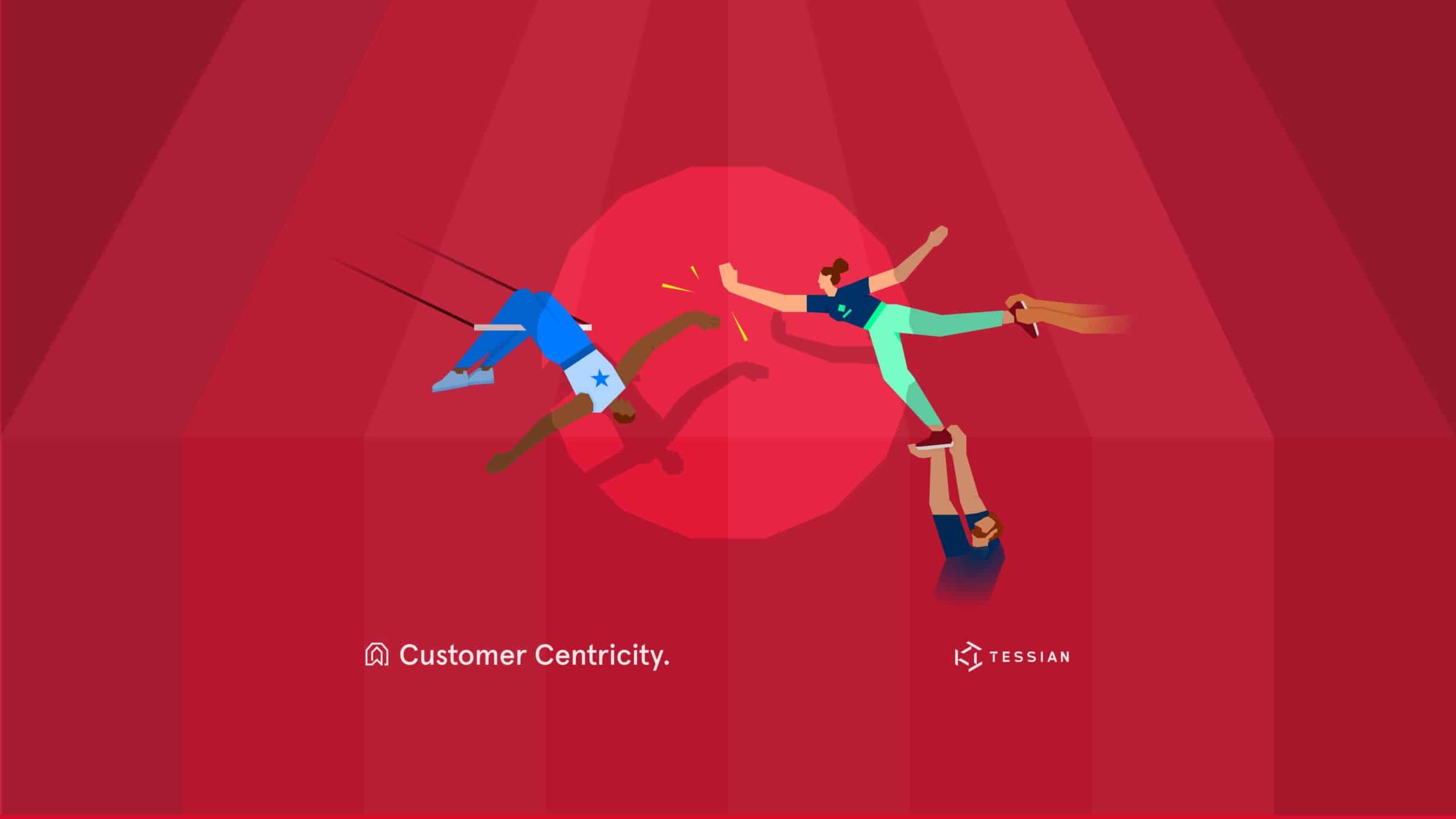 We fixate on our customers’ success. They’re the lifeblood of our business and guide our daily decision-making. Whether we’re launching a feature, or pursuing a partnership, we always ask “How does this help our current and future customers?” 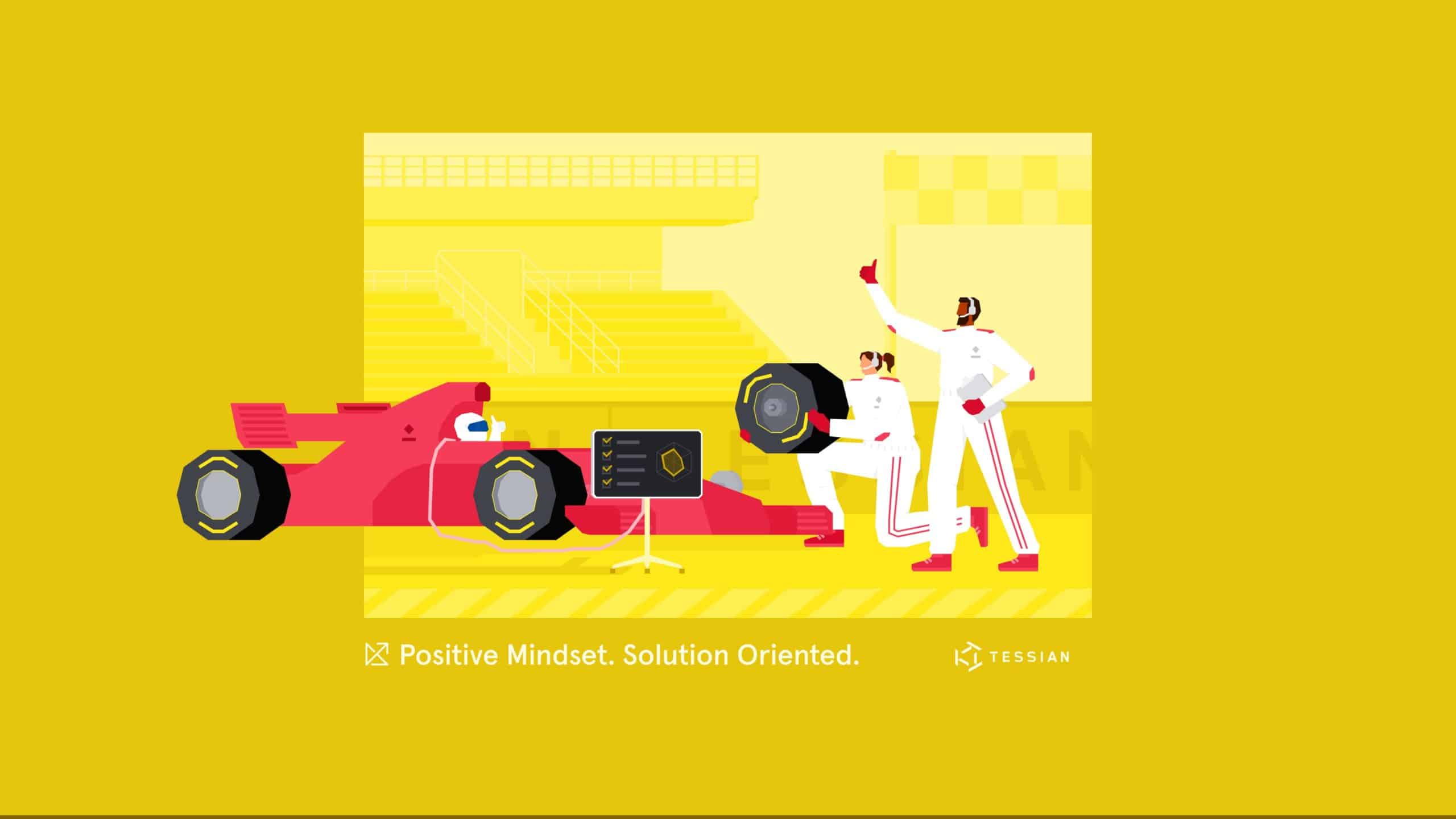 We lead with a curious, positive mindset, and go above and beyond to find solutions when problems arise. When our solutions fail, they fail fast — we embrace the failure and keep learning, iterating, and improving. 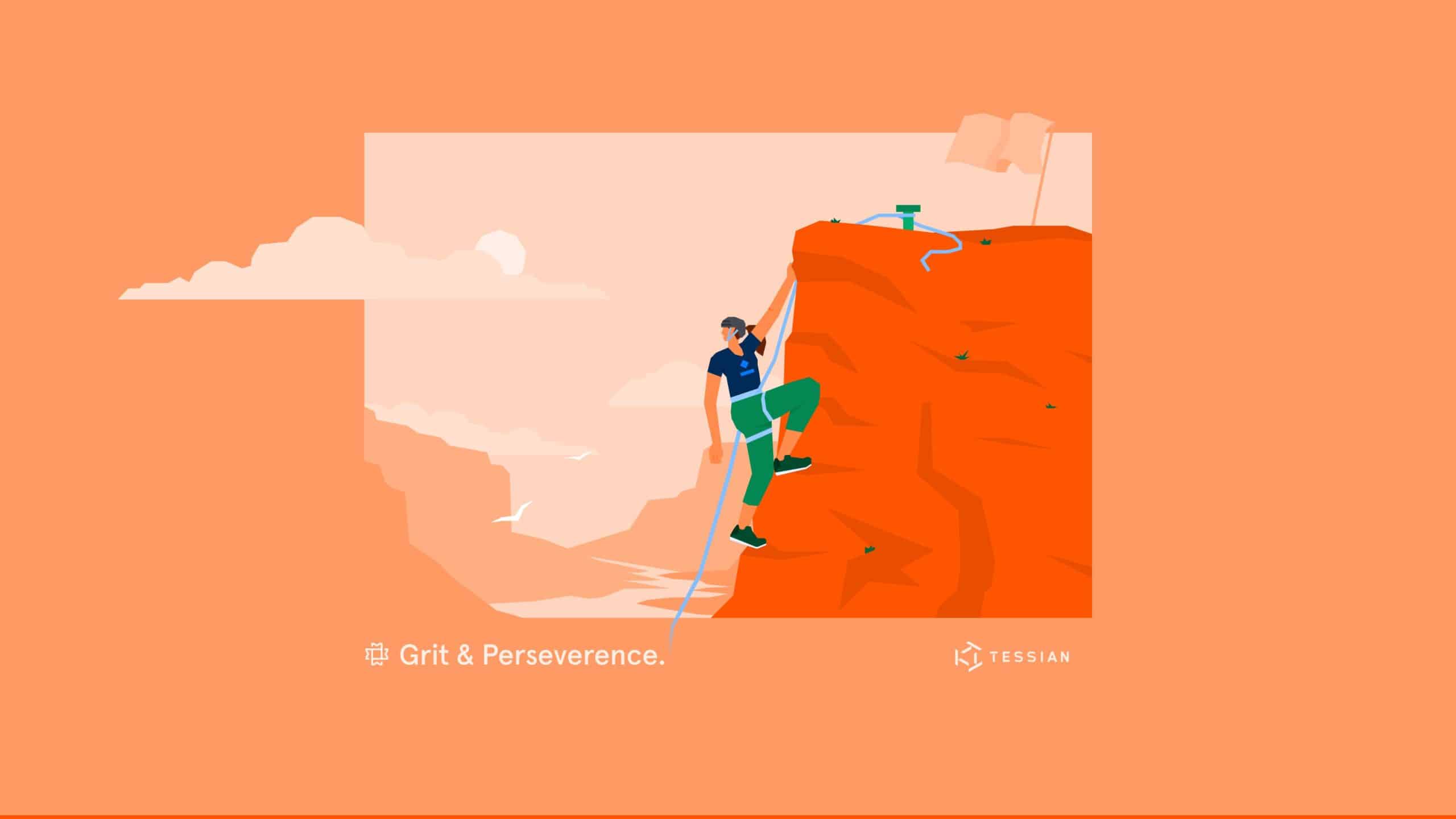 We have sustained passion for achieving long-term goals. We see setbacks as opportunities to adapt and grow. We’re committed to building resilience and have the motivation to tackle big challenges that others might give up on. 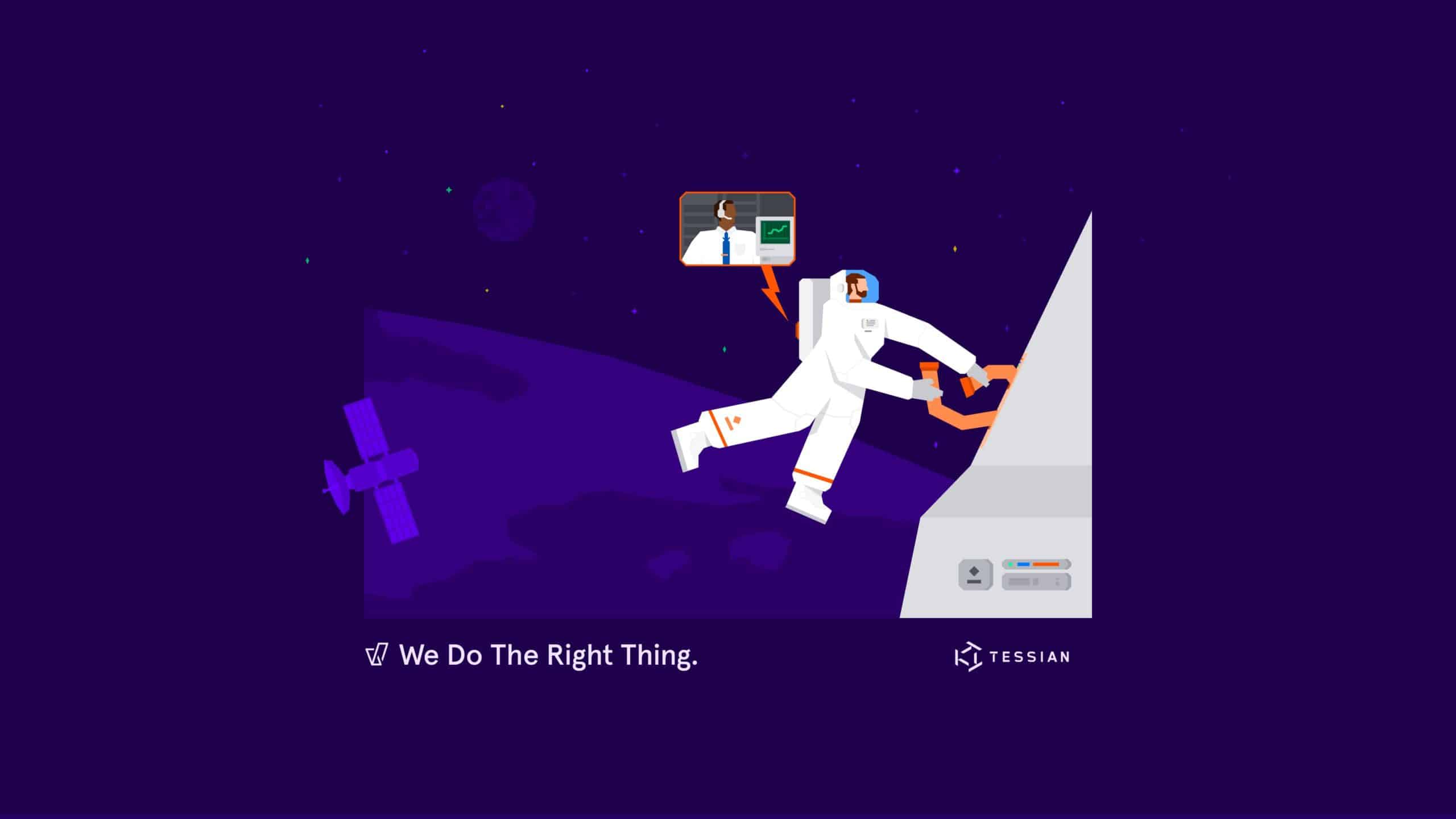 We do the right thing.

We’re always honest and guided by integrity in every decision we make; with one another, with our customers, with everyone. We do what we believe is right, even when it means making difficult decisions. 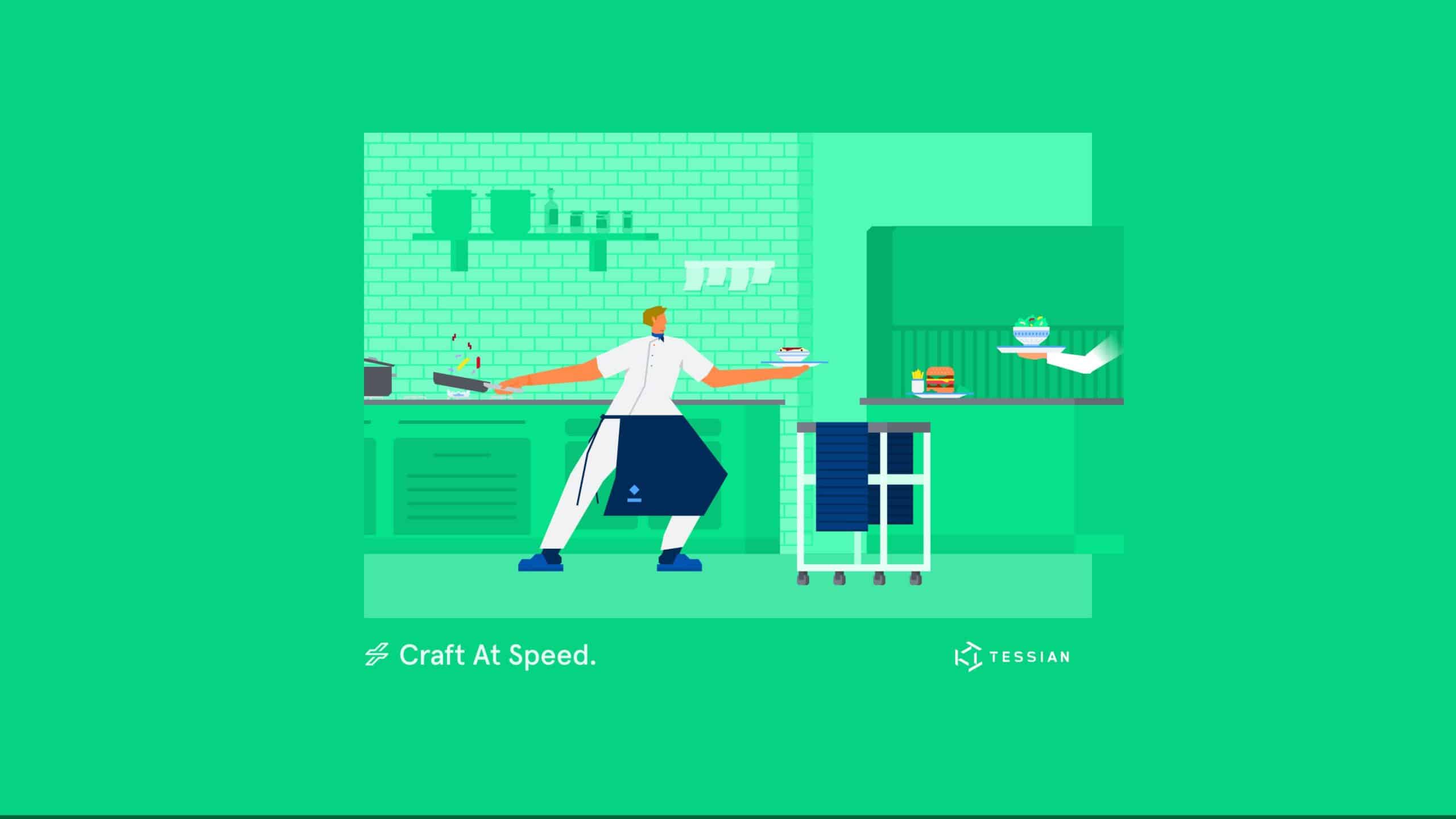 We work with great care and skill, sometimes at an uncomfortably fast pace. Rather than aim for perfection in one at the expense of the other, we balance attention to detail with speed of delivery.