The Human Layer Security Summit is back. Save your spot today.

Request a Demo of Tessian Today.
Automatically stop data breaches and security threats caused by employees on email. Powered by machine learning, Tessian detects anomalies in real-time, integrating seamlessly with your email environment within minutes and starting protection in a day. Provides you with unparalleled visibility into human security risks to remediate threats and ensure compliance.
Subscribe to our blog
Industry insights, straight to your inbox every week
Threat Intel 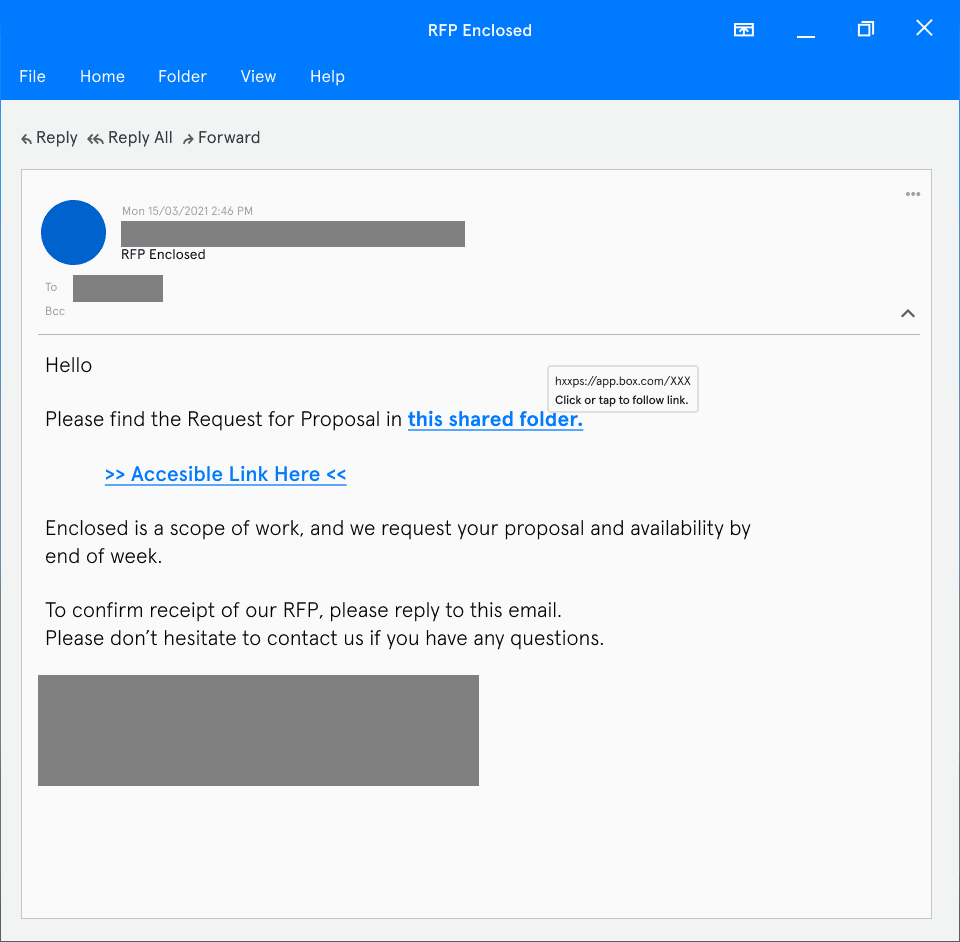 In addition to Tessian Defender, the targeted firm has in place another major phishing detection and response platform, as part of their email security stack. The account takeover attack was only flagged by Defender. Defender flagged this email as a possible account takeover attack by identifying 2 significant abnormalities. While the email did come from a trusted sender, what appeared to be out of place was that the email had been sent from a client IP address located in Miami, Florida, which is not a location the sender was known to have previously operated from. (The vendor is based outside the US.) Additionally the file sharing site – box.com – was not a tool the sender was known to use.

Figure 2: Tessian Defender notification, as seen by Recipient in their inbox 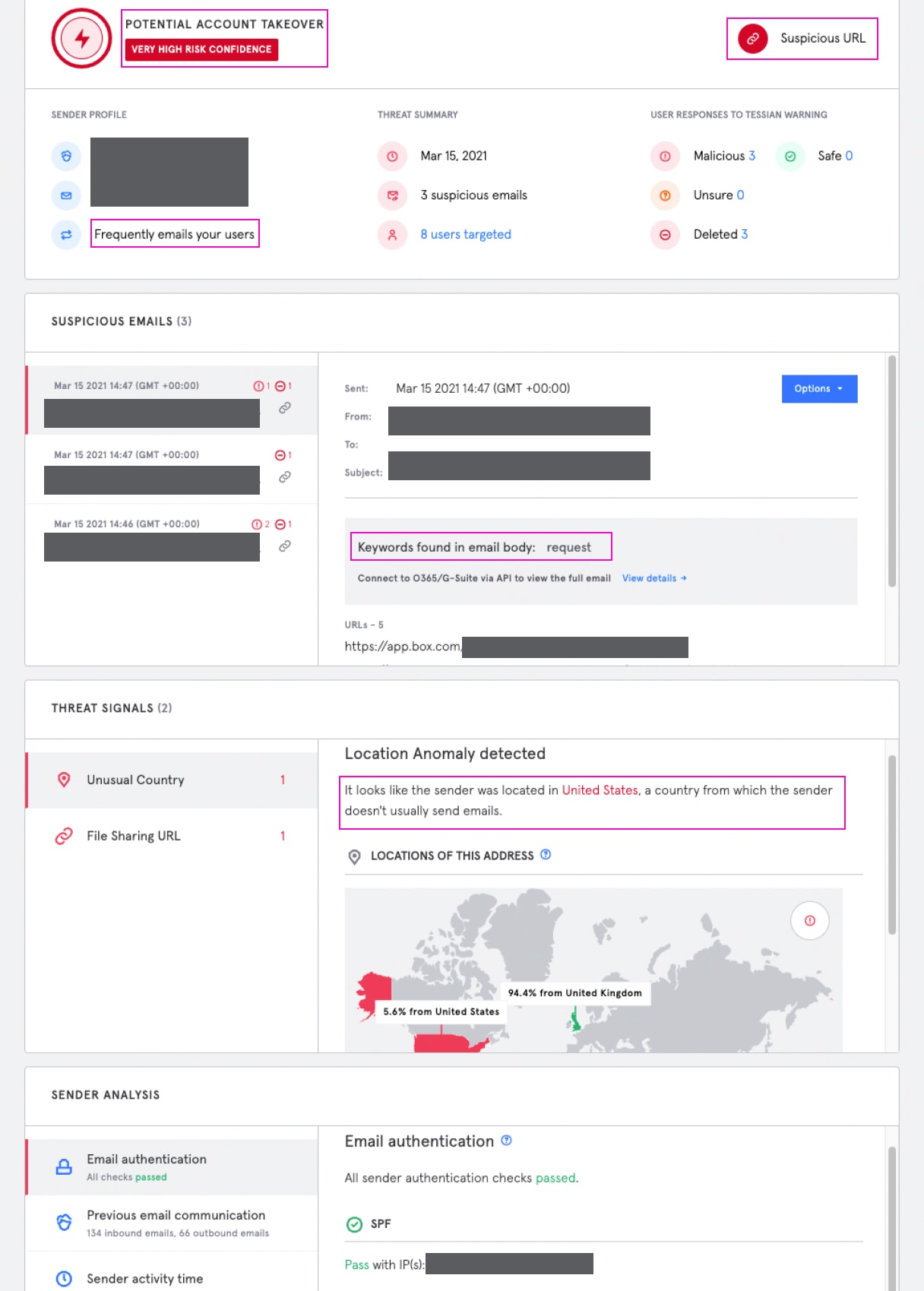 The recipients of this email saw the warnings generated by Defender and, fortunately, marked them as malicious, which alerted their security team. The security team was then able to act on the attack. They contacted the real owner of the sending email address by phone to verify the legitimacy of the email and inform them their account may have been compromised.

This attack could have been much worse had it not been for Defender flagging the malicious email, which could have otherwise gone unnoticed as it was sent from a trusted email address. The warning message displayed to the recipients successfully nudged them into treating the email with caution and raising it to the security team.

As a result, the attacker was prevented from sending malicious emails to any other target organizations. 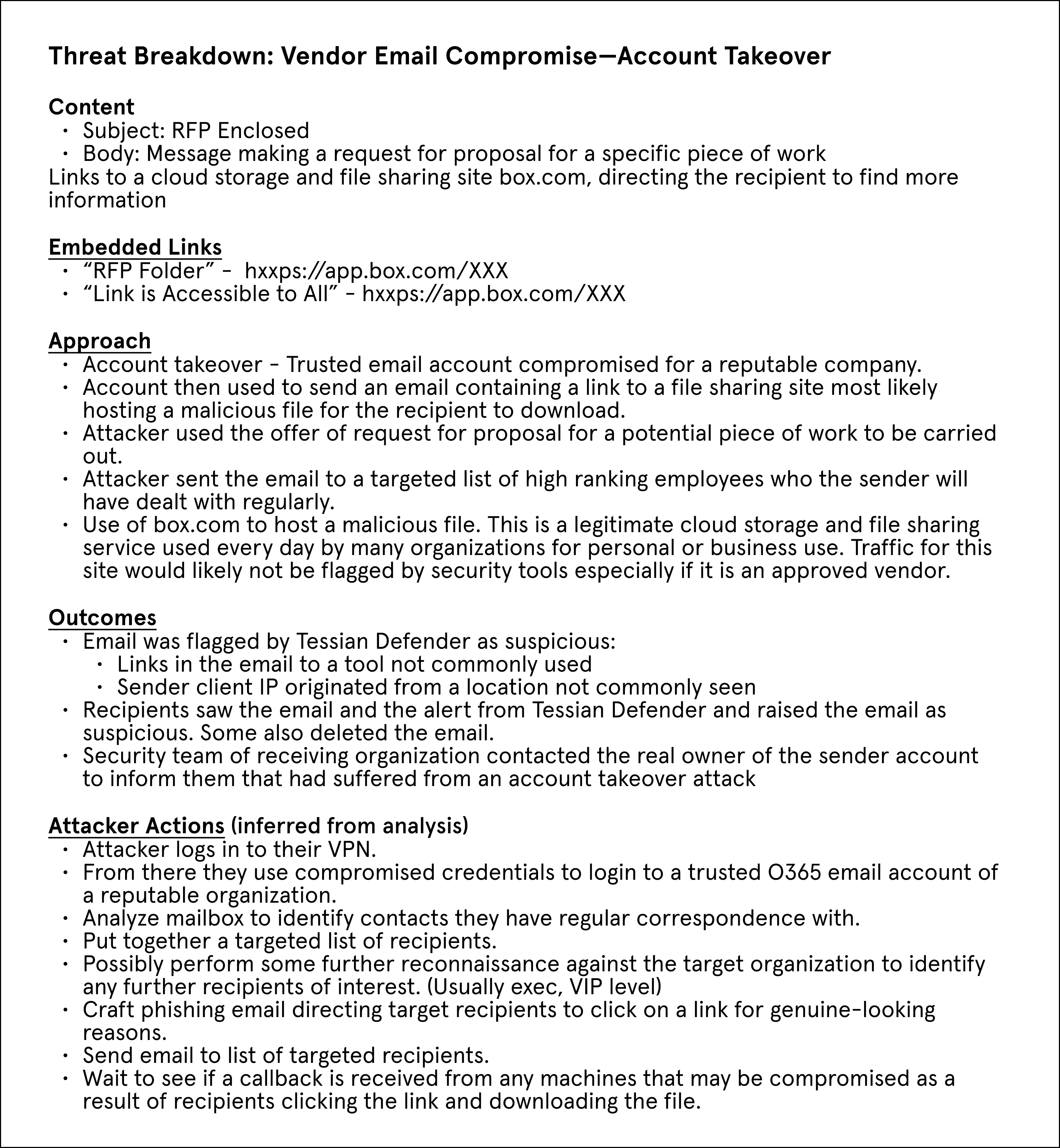