We’ve believed for a long time that without finding ways to bring new talent into our industry, we’ll never overcome the lack of diversity in tech. But this only works if you can bring in diverse groups of people to begin with.

So, how did we aim to tackle this? Last year, as part of our Diversity, Equity, and Inclusion (DEO) roadmap, we kicked off a recruitment process for five new, entry level Associate Engineer positions. To widen the pool of talent, we removed some of the historical prerequisites you often see like  ‘Must have a degree in Computer Science’, and instead added ‘code-campers and career-changers welcome’ to encourage more potential great engineers to seize the opportunity.

There process represented a couple of firsts for us:

We had the opportunity to connect with so many awesome engineers and are really excited to introduce you to the 5 Tessians who officially joined us at the end of 2021.

As you’d expect, every person has a different story to tell… Meet the team: 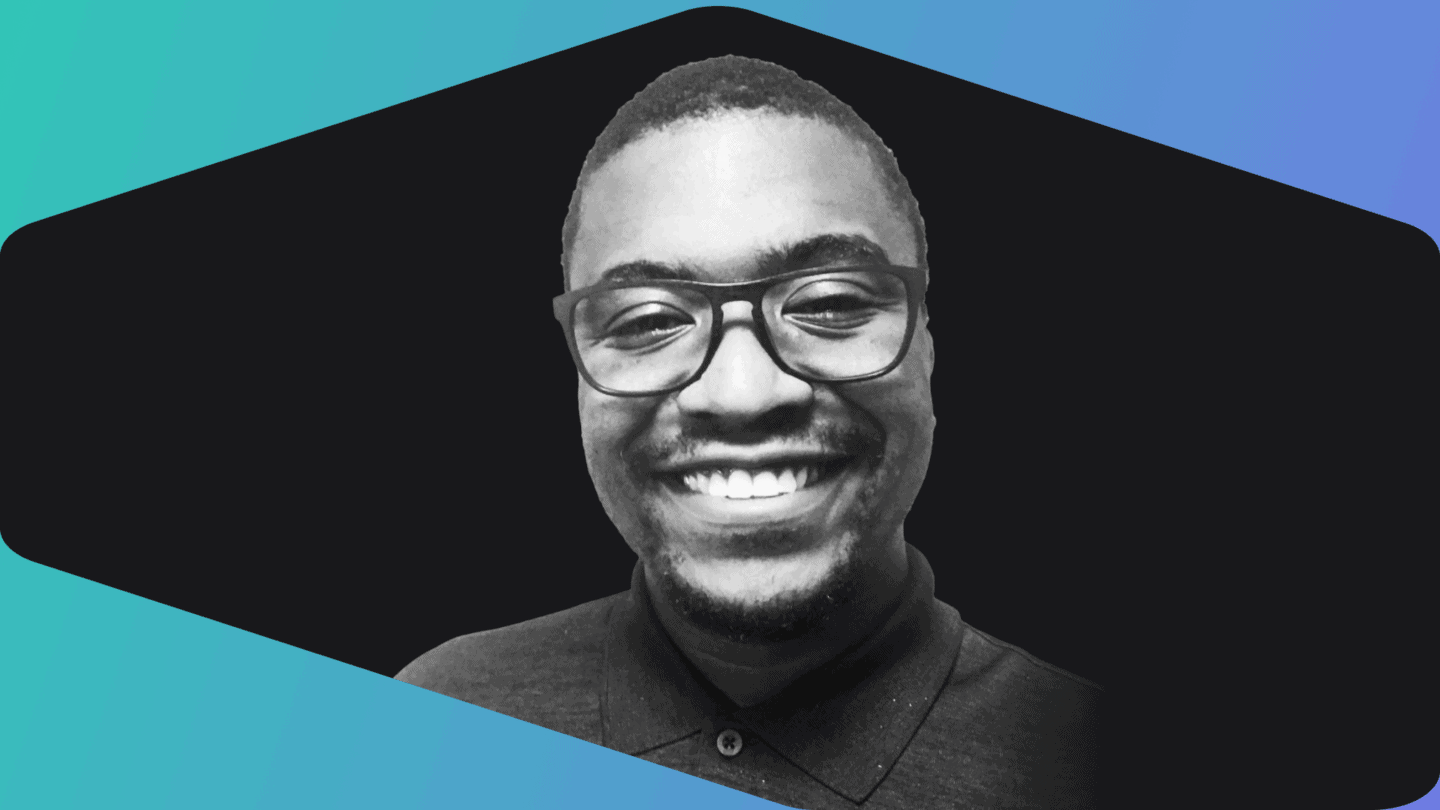 Nash has not one but two degrees under his belt. First he achieved a PhD in Cinema History before going on to get his MSc in Computing at Cardiff University. If that wasn’t enough, before that,  he spent two years teaching English in Japan.

“The role was much too attractive not to apply to! From the statements about the work culture, to the blogs and podcasts about the company and its mission, to the clear and impactful use cases of the product, it felt like an incredible place to start a new career. I especially loved the ‘Engineering at Tessian’ YouTube video – it really helped clarify what to expect from life in the company as a part of the engineering team.”

“While there have been lots of great moments, from Fernet Fridays to team lunches to the thoughtful and well-paced onboarding week, I would say my highlight was the first WIG (weekly interdepartmental gathering) meeting. It was great to share a room – both physically and virtually – with the whole company, to introduce myself, and hear everyone’s fun facts about themselves. I really felt like a part of the Tessian community.”

“I feel lucky to have the opportunity to learn from so many talented people, and I can only see myself going from strength to strength. I’m also keen to explore more flexible ways of working, combining the camaraderie of the office with the psychologically centered feeling I get from working at home (particularly after a life spent largely in academia). It’s exciting to be able to work in a place so open to new ideas of work-life balance. It feels like a good place from which to plan a successful and fulfilling life and career.”
Nash Associate Engineer at Tessian 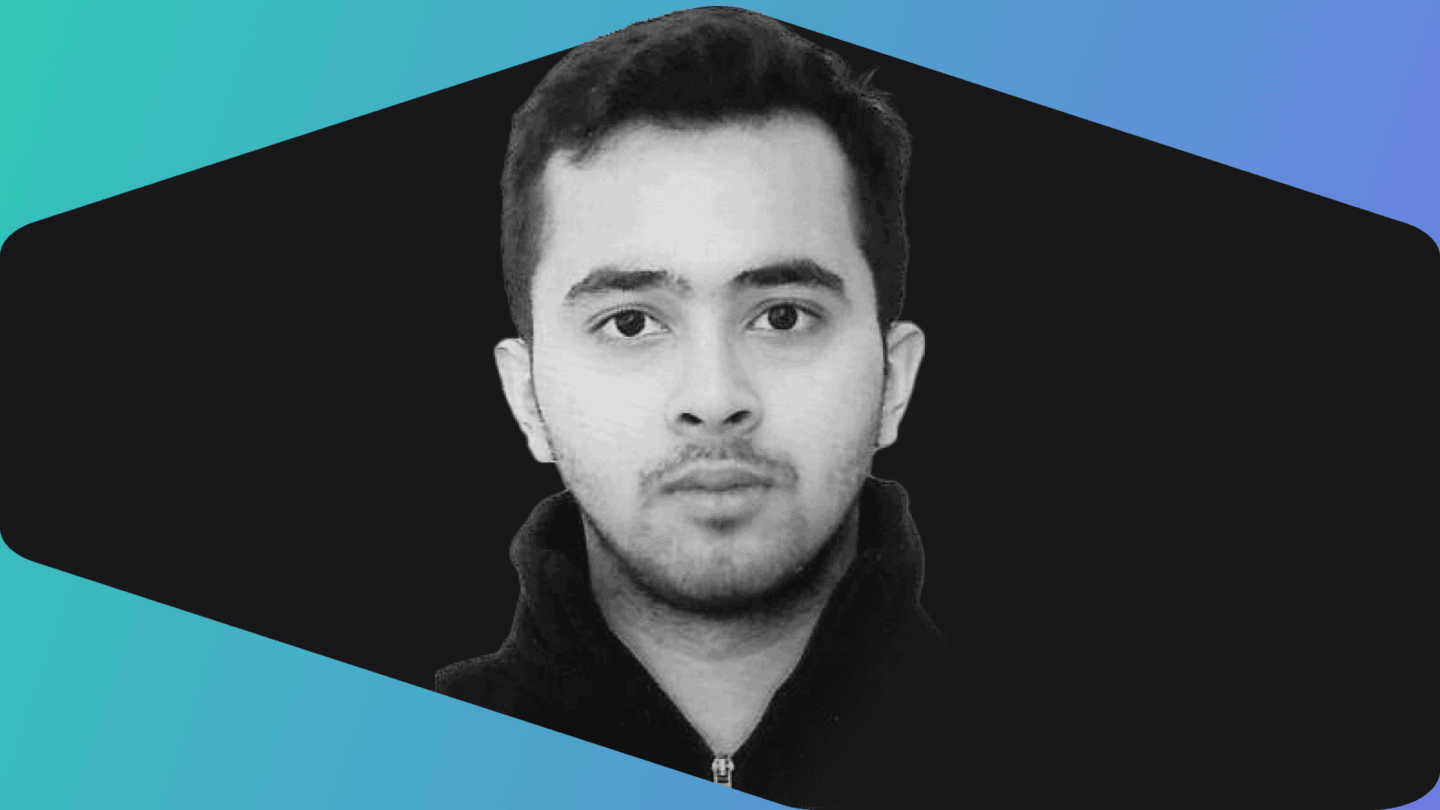 Dhruv moved to the UK from New Delhi, India to complete his Computer Science degree at University of Manchester before moving to London to join Tessian. Although he enjoyed his time in Manchester, he loves exploring the parks and restaurants of London, as well as catching some live cricket action.

“Two things. One, because of the unique products they offer and the cutting edge technology that goes behind building them. I have a keen interest in Software Development, Machine Learning, and Natural Language Processing. Tessian effectively uses these technologies to make emails safer! And two, I feel aligned to the values and the some of the benefits stood out – Refreshian Summer, Taste of Tessian (lunch paid for every Friday), Private healthcare, and ClassPass among other things.”

“Definitely the WIG . The most fun and terrifying thing so far was introducing myself in front of the whole company and telling everyone a fun fact about myself. My fun fact was that I partly decided to go to the University of Manchester because I support Manchester United. To avoid spending all my money on tickets, I started working as a steward in the Theatre of Dreams and got paid to watch the games! This was an awesome experience that really helped me build my confidence and I got to hear some really funny stories about my colleagues.” 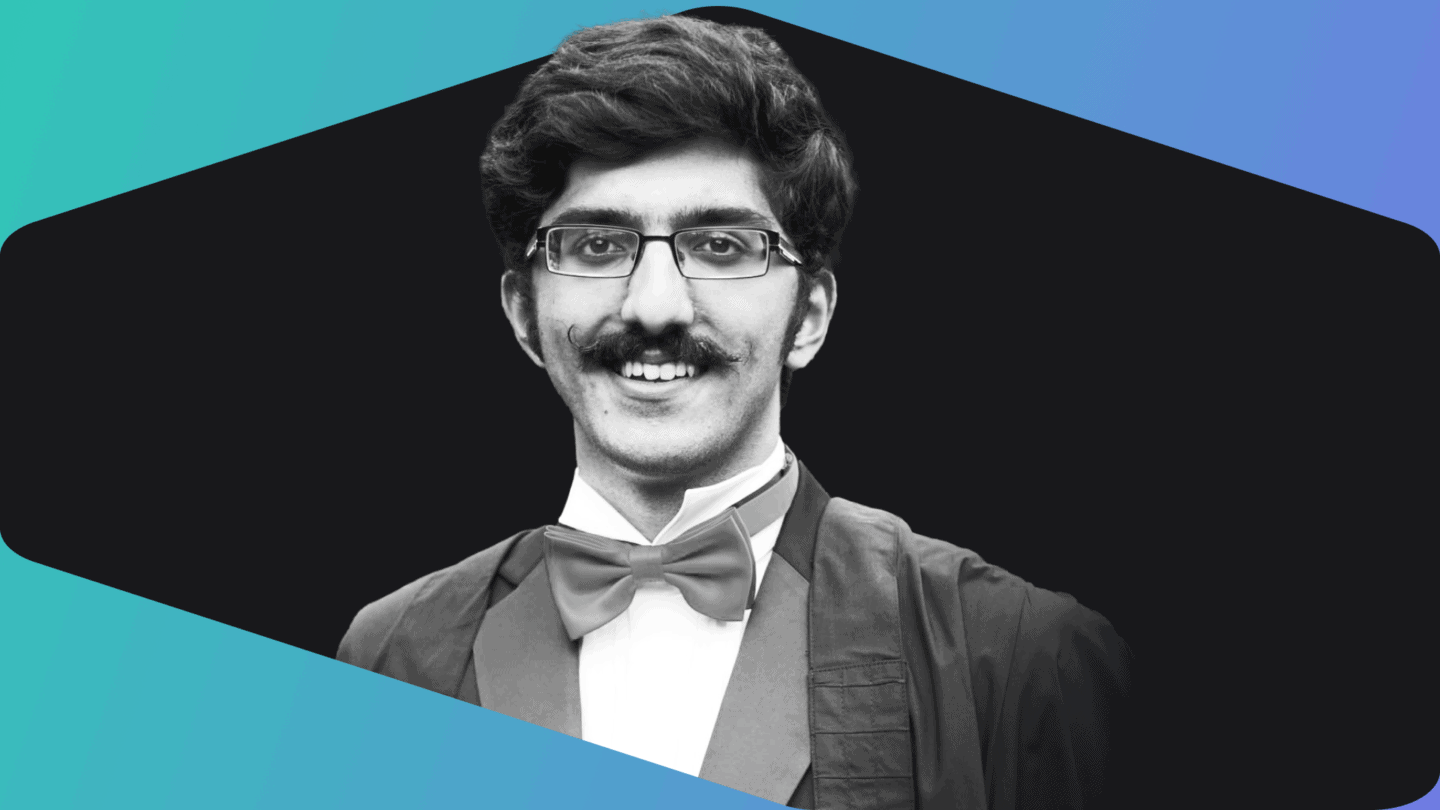 Rahul is currently commuting from Essex to our office in Liverpool Street. Before this, he achieved an Engineering (Information and Computer Engineering) degree at University of Cambridge.

“After connecting with Tessian, I very quickly became interested in the products and realized how essential email security really is. I’m glad I applied. From start to finish, it was probably the fastest and most efficient of the companies I applied to. Everyone was very friendly and it made me even more eager to join the team.”

“At the end of the first week, we had an Engineers social at the office. It was also the last Friday of Refreshian Summer, so the social started at lunch with pizza and drinks. Time flew by and the social went well into the evening. It was a chance to get to know a lot more people in a very relaxed way. 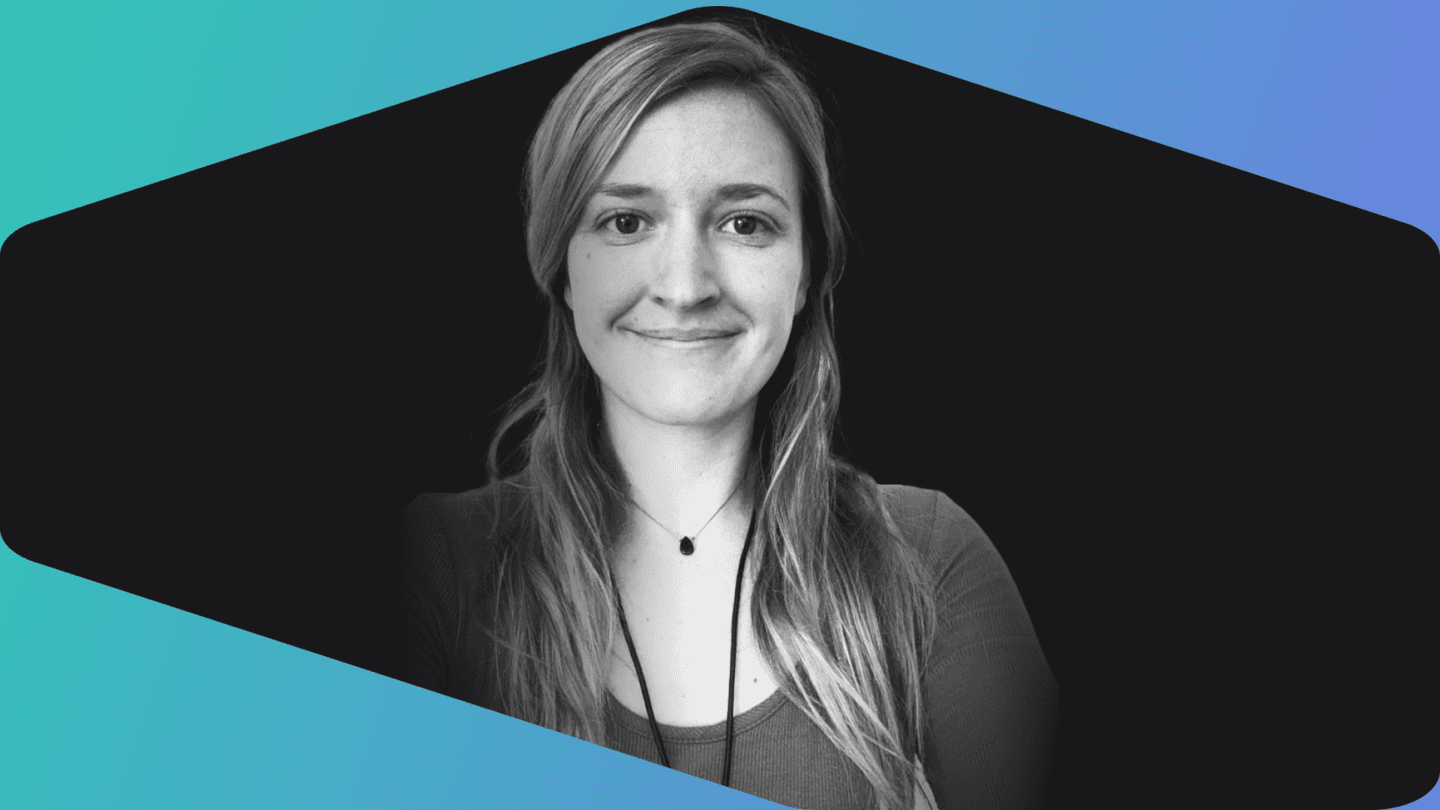 Not only has Claire moved countries (from Colorado to London) but she’s also made a career change. Talk about big moves! Before coming to Tessian, Claire was a project manager at a construction firm. Although she’s now switched to a more technical role, if you ever need advice on how much your house foundation will cost or if your plumber is indeed making fun of you behind your back, she’s got your back.

“I was looking for a career change.My goal was to become a software engineer and I’m particularly interested in cybersecurity and data privacy. I had to move here for the role and I came to London not knowing anyone, so it’s been great to enjoy spending time with coworkers on and off the clock. (Another plus: I’ve become a big fan of the pint and pie deal at my local pub.)”

“I’m looking forward to continuing learning in a supportive environment. My manager says  “

We create an environment where people feel supported to tackle hard projects” and I feel like that couldn’t be truer. I can’t emphazise enough that working here is truly amazing. I am also incredibly excited to connect with other women in STEM and want to become more involved in Tessian’s empowering culture!

Want to get a better idea of what Claire is working on? Check out her Day in the Life post here. 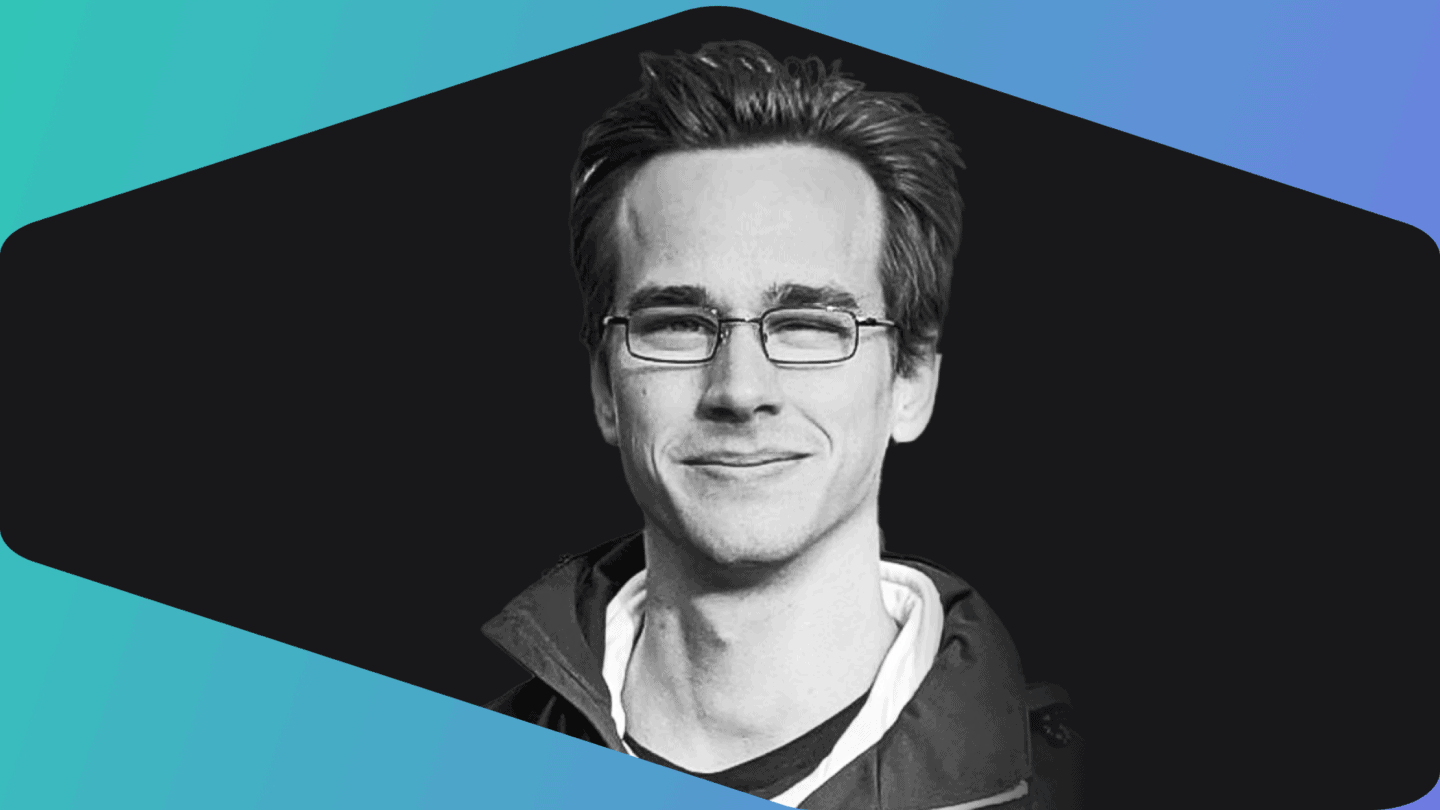 From Switzerland to the UK, Nicholas studied Computer Science, and earned his BsC at Exeter University before completing his Masters degree at St. Andrews. From Scotland, he has now joined us in London.

“I came for the tech, and stayed for the product. When I applied, I was already pretty familiar with the languages, tools, and platforms Tessian uses. I hadn’t given email security much thought, though. But when I started to look into exactly what Tessian did, I gradually became a lot more interested in what they were building. I’ve seen misdirected emails and spear phishing attempts, and I liked what they were doing to prevent it.”

“Shortly after onboarding I got to start making changes and additions to our product. These changes were then swiftly deployed to our customers, and it was nice to see how quickly I could start working with the team to make a better product. Our team just released a new product, Architect. I look forward to working on it and making it into the best damn email filtering tool out there. Also I’m enjoying spending time with July, Claire’s dog which hangs out in the office.”

Great news! After a successful cohort in 2021, we have another five entry level positions available to join us this year. Plus we have plenty more opportunities for you to join Tessian, in Engineering, and our other teams.  Apply now.